1. Richard Branson: Work Smarter, Not Longer
Richard Branson is one the most beloved and successful businessmen on the planet. He is an entrepreneur with flair, the kind that uses slogans like “Screw It, Just Do It.” Branson believes you can live life to the fullest and have fun doing it, in addition to running one, or in Branson's case, dozens of companies. Branson often speaks on the importance of taking time to recharge. He has even attributed his success not solely to business acumen, but because he is happy. 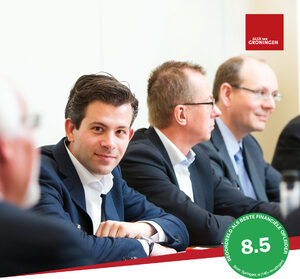 2. How biases, politics and egos trump good strategy
Peter Drucker famously said that “culture eats strategy for breakfast.” Nowhere is that more evident than in meetings to decide corporate strategies. In those rooms, egos and competing agendas, biases and social games reign. That’s because strategy isn’t the only thing at stake. Jobs – even careers – are on the line.

3. Retraining and reskilling workers in the age of automation
The world of work faces an epochal transition. By 2030, according to the a recent McKinsey Global Institute report, Jobs lost, jobs gained: Workforce transitions in a time of automation, as many as 375 million workers—or roughly 14 percent of the global workforce—may need to switch occupational categories as digitization, automation, and advances in artificial intelligence disrupt the world of work. The kinds of skills companies require will shift, with profound implications for the career paths individuals will need to pursue.

4. Why Artificial Intelligence Is The Future Of Accounting: Report
After decades stuck in research labs, artificial intelligence (AI) is ready for prime-time, transforming if not disrupting all the sectors of the economy that generate lots of data (big data), from tech to finance, communications, energy, healthcare, mobility or manufacturing. More than most other industries, accounting hasn’t seen much innovation since the creation of double-entry bookkeeping – a process of recording both profits and losses – and considered one of the greatest advances in the history of business and commerce. That was over 500 years ago!

5. Five Practices of the Most Change-Ready Leaders
Our book Athletic CEOs: Leadership in Turbulent Times describes effective leaders from emerging markets. In our previous INSEAD Knowledge blog, we discussed the mindset of athletic leaders, specifically their improbable combination of mental toughness and adaptability. Now let’s look at what they do. We have identified five leadership meta-practices of athletic CEOs. Each of them allows leaders to effectively manage a particular challenge. Within each meta-practice, we found a number of very specific behaviour strategies, which we called leadership practices.

6. How Blockchain Technology Can Help B2B Companies Become More Profitable
The Bitcoin frenzy has made it very difficult to understand blockchain technology and advanced ledger technologies. Until they are more easily understood, B2B interests cannot take advantage of the potential profits. But that won’t be the case for very long. Blockchain is a sophisticated algorithm created for cryptocurrency. It drives a distributed data structure that manages electronic cash movements. It replaces the administrative role of a central bank or government backing.

7. Can Advisors Afford to Give Uncertain Advice?
“What type of advice should I deliver?” and “How do I deliver it so that I gain an edge over my competitors?” Luckily, a recent research paper by C. Gaertig and J. P. Simmons of the Wharton School provides some answers. Their paper “Do People Inherently Dislike Uncertain Advice?” examined whether people prefer confident to uncertain advisors, and whether the same preference applies to the advice itself.

8. Bots, algorithms, and the future of the finance function
For years, a global pharmaceutical company had outsourced its procure-to-pay finance activities, such as processing invoices and paying suppliers. Savings from low-cost labor and improved processes had yielded savings, but managers were eager to explore whether automation could unlock new opportunities.

9. Davos: 9 memorable moments from the World Economic Forum's history
The annual World Economic Forum, hosted in the luxury Swiss ski resort of Davos, kicks off this week with government heads such as Donald Trump, Narendra Modi and Theresa May in attendance. German-born Klaus Schwab, a former professor of Business Policy at the University of Geneva, conceived the idea of the WEF back in 1971. Below, we take a look at nine of the most memorable moments from its 47-year history.

10. 10 Habits of Highly Effective CFOs
For many CFOs, the idea of achieving a satisfying work-life balance is something of a fantasy. The hours are long, and the pressure to excel — making certain every big-picture strategy is sound, virtually every detail precisely right — is extreme. One could point to almost any finance chief at a big company, or a struggling one, or one that’s growing fast or starting up, and say with a fair degree of confidence, “that person is a workaholic.”